This is a line graph that shows how one lonely bacterial cell can multiply and become a colony of thousands within a day. 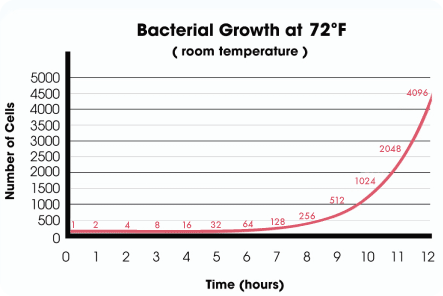 Take a look at some important features of the graph.